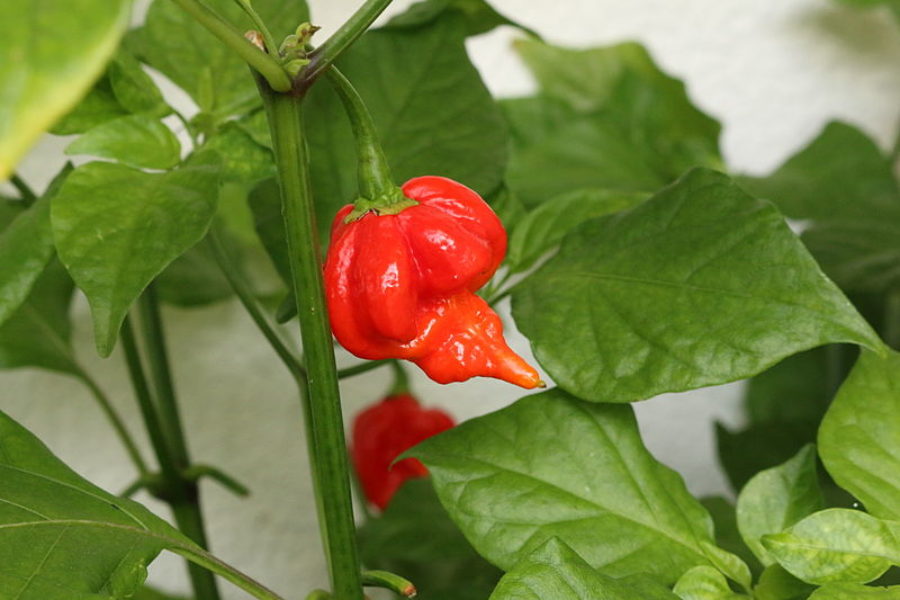 OrganicLea Heat Rating: Off the scale

At some 1,500,000 SHU, this is the world’s second hottest chilli. The “scorpion” peppers are referred to as such because the pointed end of the pepper is said to resemble a scorpion’s stinger, though it could equally be for the unbelievable tongue-sting from eating one.