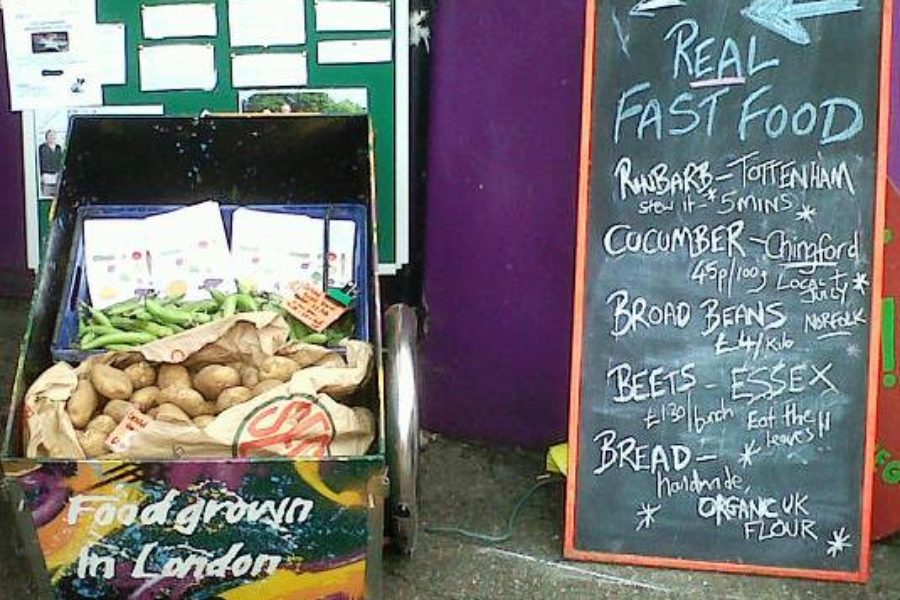 There are a lot of ‘feelgood’ vibes in the vicinity right now. Some may have a legacy, some may not…. It’s not been the easiest growing season, but a couple of ‘feelgood’ things occurred to me this week that are wonderful and worth celebrating, so I’m sharing them with you.

We have a steady supply of UK GARLIC! And from more than one place! Historically it’s been impossible to buy organic garlic grown in the UK, this season we are enjoying it fresh from both our growing site and Sarah Green and we know there is some in store for later in the year too.

We have GREEN STUFF! Neither our wholesaler Langridge nor our main East Anglian farmers have had spinach or chard for a while now, as the planting was so difficult earlier on in the rain. Because our suppliers are so diverse, we have been able to use local gardeners’ surplus – they don’t have the same planting and space demands so have different crops at different times.

We have FLAVOUR! The glasshouse at Hawkwood is producing cucumbers and tomatoes that taste just superb… varieties picked for their flavour, and grown at their right season. And your tastebuds really can tell.

So we’ll see you at the stalls, or at a box scheme pick up near you, soon…!