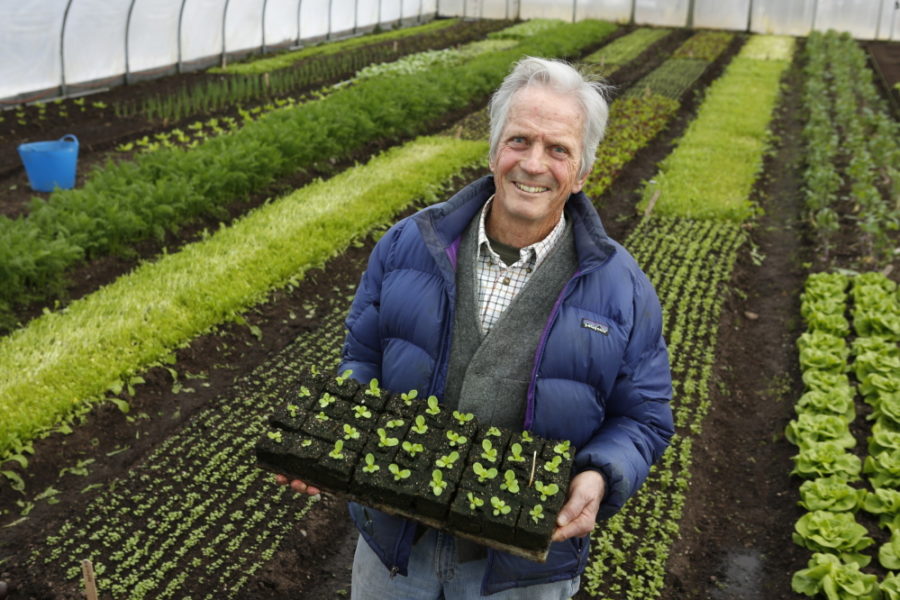 We’re excited to announce a visit to Hawkwood Nursery on 6 January 2019 from renowned organic pioneer and market gardener, Eliot Coleman, author of The New Organic Grower. He will be giving a talk on new approaches to growing winter salads and promoting the 30th anniversary edition of this important book.

A warming winter vegan meal will be available from 12pm (portion price £5). Talk at 1pm.

What the Oxford Real Farming Conference says about Eliot: over the past half-century, pioneering farmer Eliot Coleman has been perfecting his organic farming practices and taking every opportunity to spread the word. He has been called “incomparable” by The New York Times and “one of America’s most innovative farmers” by Michael Pollan. His Four Season Farm in Maine is an internationally recognised model of sustainable small-scale organic agriculture, and in 2015 he received a James Beard Foundation Leadership Award for his innovative work to better the American food system. Coleman is the author of many books, including The New Organic Grower, a seminal title that helped launch the organic farming revolution and inspired a generation of farmers to work with the land, rather than against it.

We look forward to hearing from Eliot and being inspired.