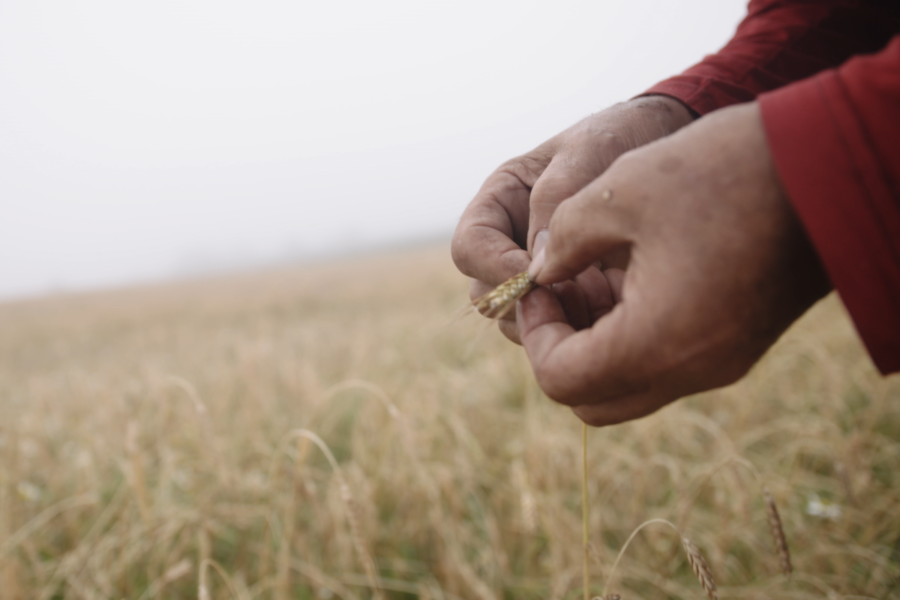 Where does our food come from? As global food supply chains have become increasingly complex, with all the risks that entails (horsemeat burgers, anyone?), the question has become harder to answer. In the UK farms are disappearing by the thousand every year, bad diet is now causing more health problems than smoking, and the number of people having to resort to food banks is on the rise. The fundamental link between people, food and the very land we stand on risks being lost. Yet globally 70 per cent of the world’s food is still produced by small-scale producers in ways that sustain biodiversity, local culture and community. And there is a growing movement of farmers and food workers in the UK who are creating vibrant farms, living soils, thriving food markets and a fairer food system for all.

In Our Hands is a film made by Black Bark Films and the Landworkers’ Alliance, which tells the story of these farmers and food producers in the UK – including OrganicLea – who are outgrowing the industrial food system. The film shows the vision for a post-Brexit food production that redefines our relationship with food. It’s been released open source to encourage as widespread viewing as possible, with more than 50 screenings already having taken place around the UK – go to inourhands.film for more details and to request a screening pack (click on events to get the link) or visit their Facebook page for upcoming screenings.