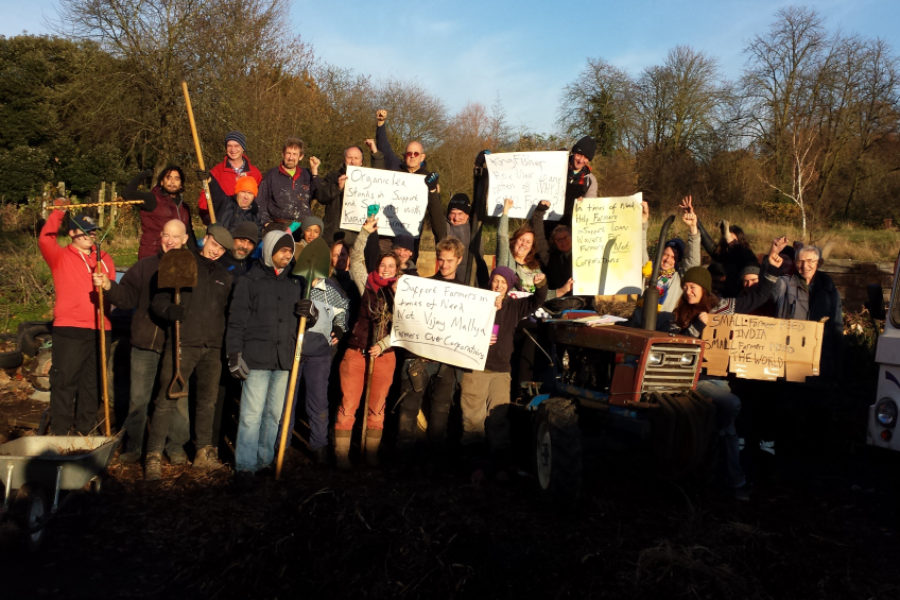 Volunteers and workers at OrganicLea took part in an international solidarity action with farmers from Karnataka, India, who are facing huge struggles due to drought and climate change. The farmers are asking the government to write off farmers’ loans just as loans to billionaire Vijay Mallya, chairman of mega-corporation UB Group. On Wednesday over 100 Karnataka farmers symbolically ‘auctioned off’ UB City, a landmark building in Bengaluru which belongs to Vijay Mallya. The city police detained 80 protesters and released them in the evening, according to news reports. OrganicLea and other members of the UK Landworkers’ Alliance stand in solidarity with small farmers and landworkers around the world through membership of La Via Campesina, the international peasants’ union.

More details about the protest are here