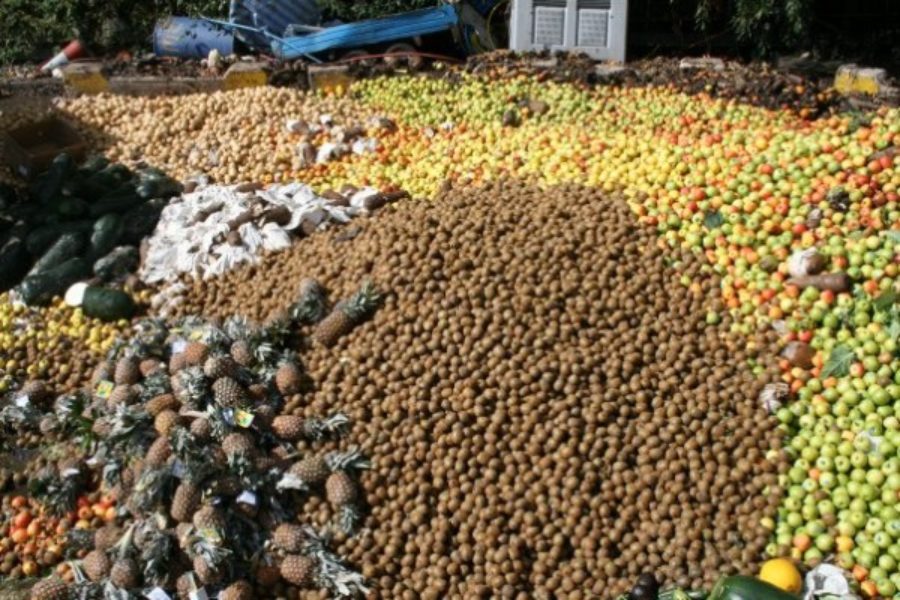 A new report showing that half of the world’s food is wasted each year has been causing a splash in the last week. The report said that between 30% and 50% of the four billion tonnes of food produced around the world each year went to waste, with half the food bought in Europe thrown away.

The report flies in the face of the recent spate of propaganda from the GM industry arguing that we need to increase production to feed the world’s population. However, most of the coverage of the report has focused on the consumer end of the food waste issue, paying little attention to the systemic problems in the distribution policies of the multiples that dominate the food industry.

As the food waste campaign group ‘This is Rubbish’ point out, it is monopoly control over distribution that is the real culprit.

The UK food industry is responsible for generating approx 60 per cent of the 18 – 20 million tones of food wasted in the UK every year (1). On top of that between 25-40% of UK fruit and vegetable crops are rejected before purchase by supermarkets as not conforming to visual standards (2).

The real issue is that there is no compulsory auditing of food waste in industry. Reports are based on data presented voluntarily by retailers themselves and so lack detail and are made on a condition of total secrecy, so the truth remains hidden from the public.

We are glad to say there are no such problems in Organiclea’s production and distribution systems where our zero waste policy ensures that every scrap of edible food finds its way to the table and the rest is put on the compost heap to return next year.

As This is Rubbish say: ‘Regulate the system, not the celery!’