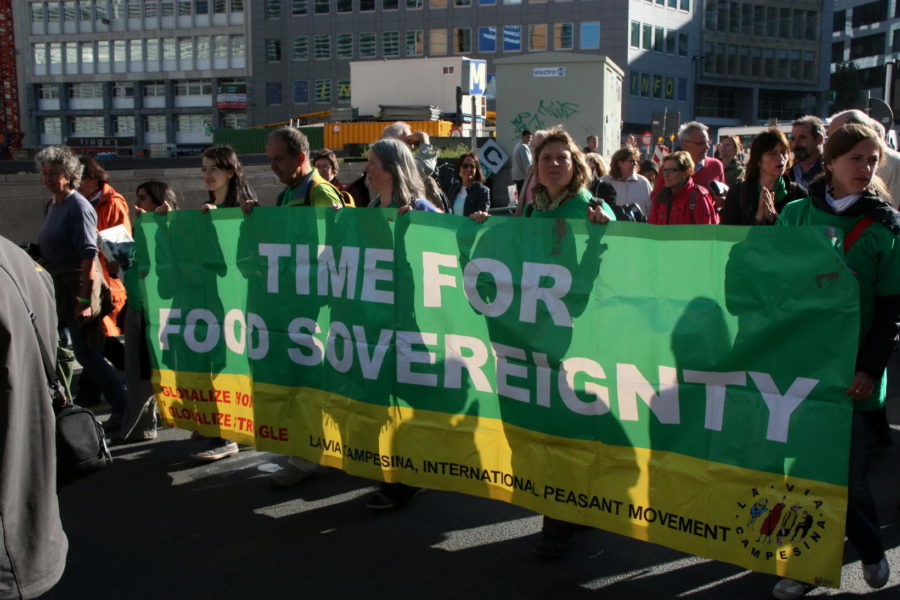 On the 19th September, over 800 people from across the European Union converged on Brussels by foot, bicycle and tractor to demand reforms to the Common Agricultural Policy supporting small-scale sustainable agriculture.

The Common Agricultural Policy (CAP) commands almost half of the European Union’s entire budget, and has been widely criticised for subsidising large-scale industrial agricultural systems at the expense of Europe’s small-scale producers. 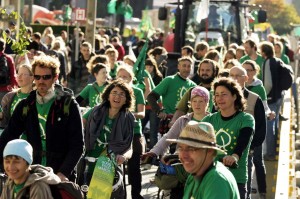 The most heavily criticised element of the CAP is the ‘Single-Farm Payments’ scheme under which subsidies are based on how much land is owned or cultivated. This means that landowners are paid for owning land, rather than producing food or practising sustainable agriculture and has led to a dramatic concentration of land ownership in Europe.

The biggest recipients are able to use the money received to buy more land year-on-year and so get ever larger subsidies. Between 2005 and 2011 the number of landholdings in England fell by 10%, while the average size of holding rose by 12%.

The demonstrations in Brussels this month demand that the CAP money is directed towards small-scale sustainable production. They want to see a ceiling on payouts to land owners with holdings over a certain size, and payments tied to forms of agriculture that do not pollute our soils, ecosystems and health. 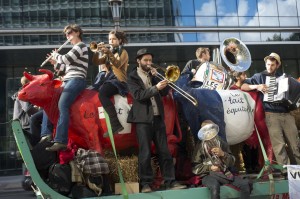 The UK government is largely opposed to the demands of the demonstrators, which is hardly surprising since many members of the cabinet supplement their income with sizable CAP payments.

It is said that the culture and landscape of Britain changed more since the introduction of the CAP than during the previous 300 years of enclosure and industrialisation. If the campaigners in Brussels get their way we will be one step closer to reversing this trend and revitalising small-scale sustainable production in Europe.