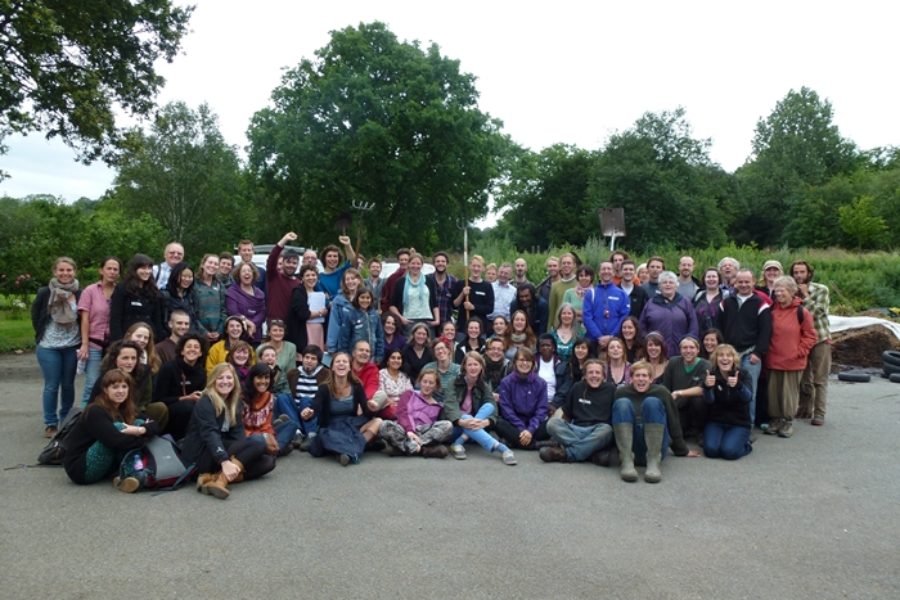 Last weekend, over 130 farmers, food growers, crofters, activists, campaigners, researchers and food distributors from all corners of the country gathered at Hawkwood to work on building a movement for food sovereignty here in the UK. The ‘Transforming our Food System’ event was organised by a coalition of organisations including Organiclea that want to see a more sustainable and democratic food system.

The inspiration for the event came from the amazing work being done towards food sovereignty by food producers and social movements around the world. The concept was developed at the 2007 Nyeleni meeting Mali and describes an alternative food system that values food and the work and knowledge of the people who produce it, whilst building democratic, localised control over food system and natural resources, and developing sustainable production methods.

Since 2007 Food Sovereignty has been incorporated into the work of La Via Campesina, an international peasant producers union which represents over 200 million land based workers worldwide, and has become the global rallying cry for a just food system.

At the gathering, we asked the questions, ‘What needs to change?’ and ‘What needs to grow?’ and began the task of moving towards a set of priority campaigns.  Soon we’ll be able to share an action plan on the updated website, where you’ll also be able to sign up to get involved. 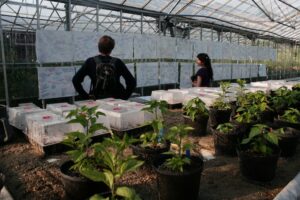 At the end of the gathering, the collected organisations released the following statement:

Food Sovereignty is an alternative food system that creates practical, sustainable and democratic solutions to the failed industrial food model.

1)   Focuses on Food for People

Food sovereignty puts people, including those who are hungry, under occupation, in conflict zones and marginalised, at the centre of food, agriculture, livestock and fisheries policies, ensuring sufficient, healthy and culturally appropriate food for all individuals, peoples, and communities; and rejects the proposition that food is just another commodity or component for international agri-business.

Food sovereignty values and supports the contributions, and respects the rights, of women and men, peasants and small scale family farmers, pastoralists, artisanal fisherfolk, forest dwellers, indigenous peoples and agricultural and fisheries workers, including migrants, who cultivate, grown, harvest and process food; and rejects those policies, actions and programmes that undervalue them, threaten their livelihoods and eliminate them.

Food sovereignty brings food providers and customers closer together; puts providers and consumers at the centre of decision-making on food issues; protects food providers from the dumping of food and food aid in local markets; protects consumers from poor quality and unhealthy food, inappropriate food aid and food tainted with genetically modified organisms; and resists governance structures, agreements and practices that depend on and promote unsustainable and inequitable international trade and give power to remote and unaccountable corporations.

Food sovereignty places control over territory, land, grazing, water, seeds, livestock and fish populations on local food providers and respects their rights.  They can use and share them in socially and environmentally sustainable ways which conserve diversity; it recognises that local territories often cross geopolitical borders and ensures the right of local communities to inhabit and use their territories; it promotes positive interaction between food providers in different regions and territories and from different sectors that helps resolve internal conflicts or conflicts with local and national authorities; and rejects the privatisation of natural resources through laws, commercial contracts and intellectual property rights regimes.

Food Sovereignty builds on the skills and local knowledge of food providers and their local organisations that conserve, develop and manage localised food production and harvesting systems, developing appropriate research systems to support this and passing on this wisdom to future generations; and rejects technologies that undermine, threaten or contaminate these, e.g. genetic engineering.

Food sovereignty uses the contributions of nature in diverse, low external input agroecological food production and harvesting methods that maximise the contribution of ecosystems and improve resilience and adaptation, especially in the face of climate change; it seeks to heal the planet so that the planet may heal us; and, rejects methods that harm beneficial ecosystem functions, that depend on energy intensive monocultures and livestock factories, destructive fishing practices and other industrialised production methods, which damage the environment and contribute to global warming.

Another food system is possible. Let’s make it happen!

Perhaps in future years, we will look back fondly on this ‘Hawkwood declaration’ as a key moment in building sustainable, democratic food systems in the UK!