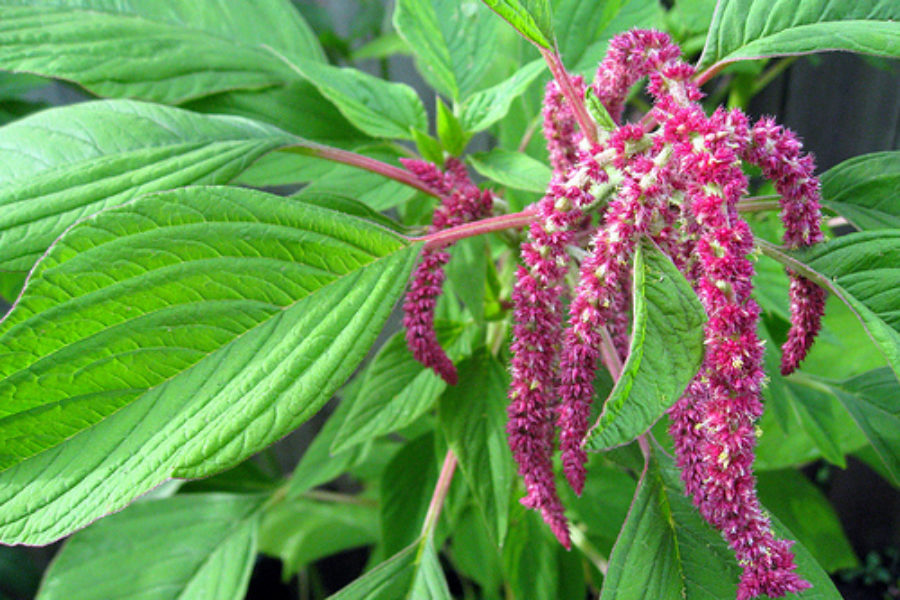 ‘I never knew you could grow that here!’ Workshop reviewed in our grower’s blog.

It never rains but it pours, it never shines but it scorches. For gardeners, perfect weather, like perfect soil, is something of a utopia, an ideal scenario by which to gauge the prevailing limitations. Perhaps we could be less phlegmatic and more content with what the skies send our way, but honestly, three weeks of drought: whatever happened to April Showers? They were a fine tradition, introduced to help young transplants put out healthy growth whilst their roots settle in. I don’t understand why they’ve been scrapped this year: we’ve missed them.

That said, the dry heat provided the perfect backdrop for our “I Never Knew You Could Grow That Here!” skill share at Hawkwood Last week. Forty people gathered, from London and beyond, to exchange information and experience on cultivating unusual sub-tropical vegetables in the UK. It was an inspiring day, with Robbie, a grower for OrganicLea’s Cropshare scheme, stealing the show by turning up with his vigorous chow chow plant.

As a project aiming to reconnect people and food, growing, and facilitating the growing, of produce special to the different ethnic communities in East London, has to be something of a priority. The annoying beauty of such produce is not merely that it is adapted to a different climatic zone, but that  seed is not widely available commercially, rather passed on through the informal and gift economies of the various communities. After the workshop though, Clare decided to use the gardening connections she has built up with London Bangladeshis, and scored some kudu and lab lab seed. On Thursday they were duly sowed, and we’ll try to squeeze them into tha glasshouse beds, by way of a trial, this year.

This entails a revision of the 2010 Planting Plan, something that is generally discouraged. The Rotations and Planting Plans have been agreed by consensus at a quorate  OrganicLea co-op Hawkwood Project Meeting, after being handed up to me, etched on birch bark, by the goddess Hel, from the old well at the top of the site which drops into the underworld, at dusk on the winter solstice.

Our community gardening work attempts to thoughtfully and compassionately apply the natural and social sciences, but a bit of magic always helps. We’ll certainly need it if we’re going to be growing Asian vegetables in dark damp England.

Photo from Flickr by the queen of subtle under creative commons licence.