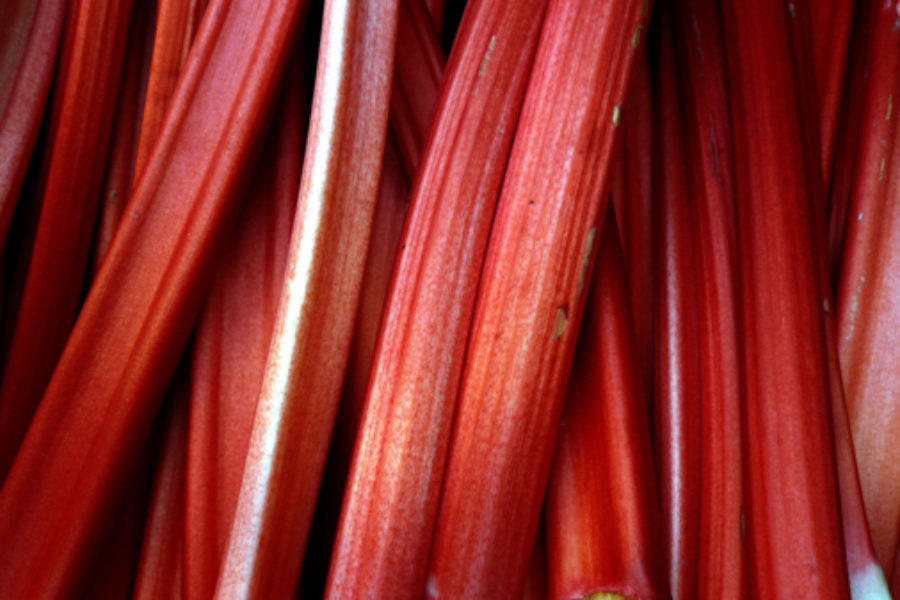 On a sunny Tuesday in February a group of us made the pilgrimage to Yorkshire to go and visit the world’s biggest forced rhubarb farm – E.Oldroyd & Sons Ltd.

Quick rhubarb history lesson from Ru – The Yorkshire Triangle has been the centre of rhubarb production for many years, but it was a Londoner, Joseph Myatt of Deptford, who is credited with being the first person to encourage the cullinary use of what was previously highly regarded as a medicinal plant, in 1810.

It was also in London that the virtues of forced rhubarb were discovered: “during the winter of 1815, some workmen dug a trench in Chelsea Physic Garden and chucked the rubble, in traditional fashion, on an apparently empty flower bed.Of course it wasn’t empty at all: beneath the clods and brick was the Physic Garden’s rhubarb patch. Come spring though, when the rubble was removed, what should be revealed but long, tender rhubarb shoots, whose taste was far superior to the usual tough stems”.